Back
Breakfast  WITH PASSIONFRUIT
January 10, 2023 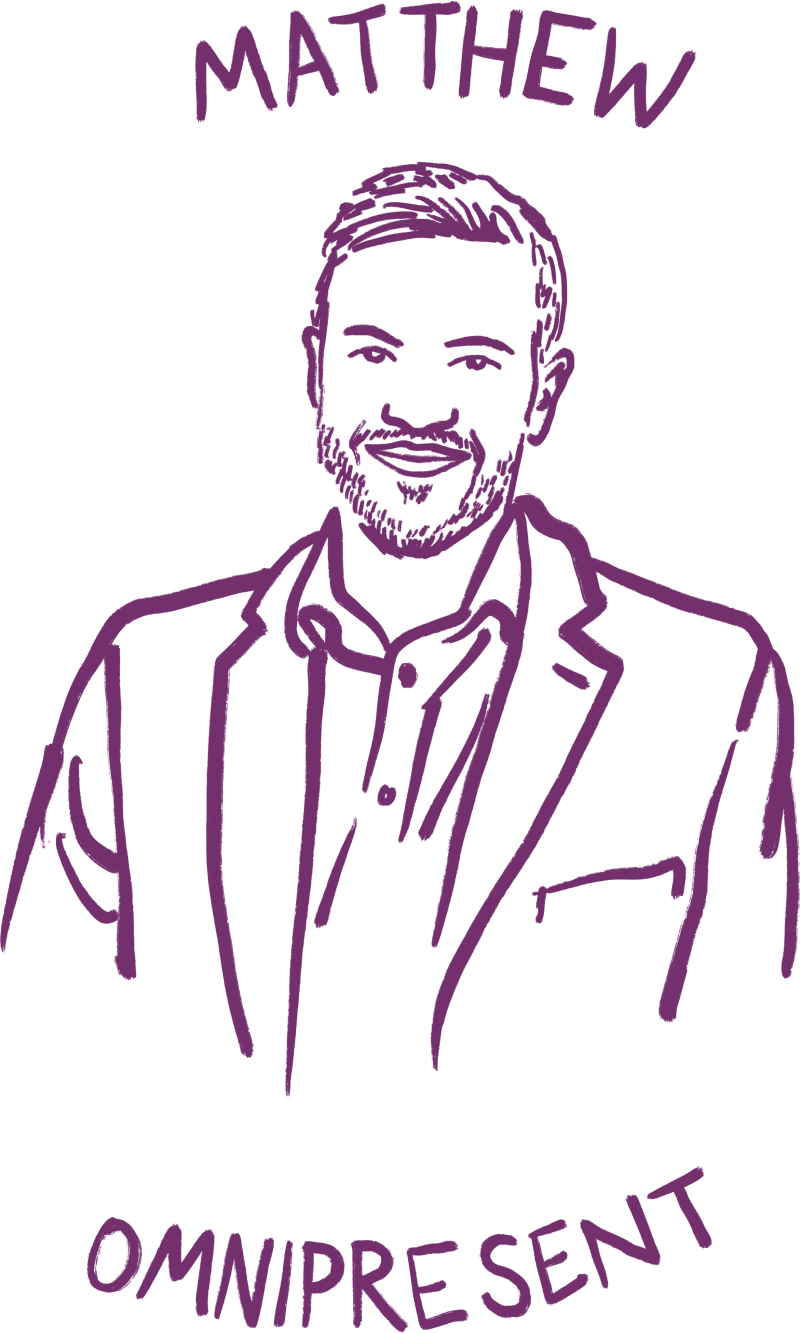 When, in 2020, Matthew Wilson and his co-founder Guenther Eisinger were trying to find investors for Omnipresent – an HR platform which helps companies hire remote, international talent – many people thought they were 10 years too early.

“We were raising a seed round, and we were saying, this is the future of work. But the major pushback was, ‘I don't think you're going to have people working remotely, that will be a niche problem’”, says Wilson. “But then two months later, the pandemic hit, and then the same investors were knocking on our door and saying, ‘Okay, this is happening.’”

Omnipresent is now one of the UK’s fastest growing start-ups, and this year raised $120 million in its Series B funding round. It helps its clients – from QuotaPath to Halfbrick and Supercede – hire global teams across over 160 countries and regions worldwide by taking care of all the administrative and legal complexities. Proof that remote work really does pay off: Wilson and his co-founder are based in different cities, London and Vienna.

“The framework for thinking of it was, most problems that are felt keenly in the world today have solutions that can be built with today's technology, and there are already established companies trying to solve those problems,” says Wilson, who was noticing that buying and selling was moving online in both a B2B and B2C context, while transactions with businesses were becoming better online than they were in person. “So you have to think, how is the way we work going to change because of technological developments? What solutions are going to be needed in the next decade?”

It became clear that the biggest problem for businesses moving online and hiring remotely would be handling the bureaucracy.

Omnipresent offers an enticing proposition for businesses: why limit yourself to the best talent in your city, when you could hire the very best people in the world? And why keep your ideas small by keeping them local, when you could make your outlook global? And for talent, the best opportunity in the world could be yours from the comfort of your living room, without having to uproot your family or split from your community.

Once the pandemic kickstarted the vital behavioural change that Wilson thought would take another 10 years to push through – that workers can be productive without being in the same office – Omnipresent’s growth accelerated. In 2021, Omnipresent’s revenue grew by 25% while its team multiplied by 10.

Growing up in Yorkshire in a family of doctors, lawyers and accountants, Wilson wasn’t particularly interested in entrepreneurship. Instead, he loved science and maths, and went on to study Physics at Oxford, before doing a Masters in Theoretical and Mathematical Physics and then further research. He thought he would pursue a career in academia – until 2012, when he suddenly became disillusioned.

“I was doing theoretical particle physics, and in 2012, there was this experiment outside of Geneva, the Large Hadron Collider at CERN. And they discovered this new particle called the Higgs boson, named after a guy called Peter Higgs, who was a theoretical particle physicist who had proposed that this particle would exist as part of his PhD thesis when he was in his early 20s. So it took 65-70 years for his thesis to pay off – that’s pretty brutal. You might spend your life working on something, but by the time it comes to something you might be dead. It’s not the most rewarding career.”

Wilson quit academia and started doing work with small businesses. “Just seeing that you didn't need to ask for permission to go and create something that could have an immediate impact on the world was refreshing,” he says.

After having spent time building software for pharmaceutical companies, he went on to found Veratrak with a friend in 2017 —a company that digitises the pharmaceutical supply chain through the Blockchain. “It went from strength to strength, but it wasn’t a space I was passionate about,” says Wilson, who notes Vertrak is still successful. “I wanted to feel excited about the change I was making in the world, which is what led me to Omnipresent,” says Wilson, who joined Entrepreneur First, a programme where founders can ‘match’ with a co-founder. After discussing the broken employment model with Eisinger, they clicked, and Omnipresent took off.

Looking back at the last two years at Omnipresent, Wilson’s biggest learnings have been to move fast when it comes to decisions – even when dealing with limited Intel – and to hire efficiently. Since the company scaled incredibly quickly, going through a period of rapid growth, Wilson and his co-founder needed to grow the team at lightning speed. “We doubled our team size every quarter, eight quarters in a row. So the company was twice as big every three months for two years. And to succeed with such rapid growth you really have to make sure you get the best people,” he says.

This is what led Omnipresent to Passionfruit. “When you’re a fast growth start-up, and you've got holes in your team, or you've got a specific project that you need, or you've got a new thing that you want to experiment with which you don't want to commit to having somebody full time for, it can be extremely valuable to supplement your team with contractors who are specialists in the area. And that’s where we’ve really benefited working with Passionfruit.”

Despite the behavioural change brought about by the pandemic, there are still many companies reluctant to modernise when it comes to the future of work. What are they missing out on?

“You've got attrition within your employee base from people who are saying, I prefer to work remotely. But I think the missed opportunity is actually much bigger than that,” says Wilson, whose plan for Omnipresent is to help companies set up much larger workforces and offices across the world, rather than a mere scattering of remote talent.

My chief of staff Pavan Madduri, somebody who I could work closely with and who could act as a second version of me, has been extremely valuable, personally, and for the business.

I don’t think a good workplace perk is to have table tennis tables and beer on tap. Meaningful perks are being able to work remotely, wherever you like in the world, and to have an amazing, diverse mix of colleagues.

Gadget I can’t live without

Spotify. I’ve always got music on. And if I have to get in the zone, I’ll put on soundtracks or ambient music.

A book called How to Be a Founder, written by the cofounders of Entrepreneur First, Alice Bentinck and Max Clifford.

Sunday morning will find me

I live in Greenwich, by the river, and so on a Sunday I’ll be looking around the market, having a coffee, trying to switch my brain off.

I think the quality that helps me be a good entrepreneur is my science and physics background. I think being analytical, being able to take a problem and break it down into the constituent parts and then work on them individually is a very useful skill. And also to have a numeric mind is another extremely useful skill when it comes to running a business.

The marketing newsletter you need to read.
Join 1000+ others receiving the best articles out there on the world of work and marketing. Plus, killer campaigns from that week
Every Thursday morning. For free. 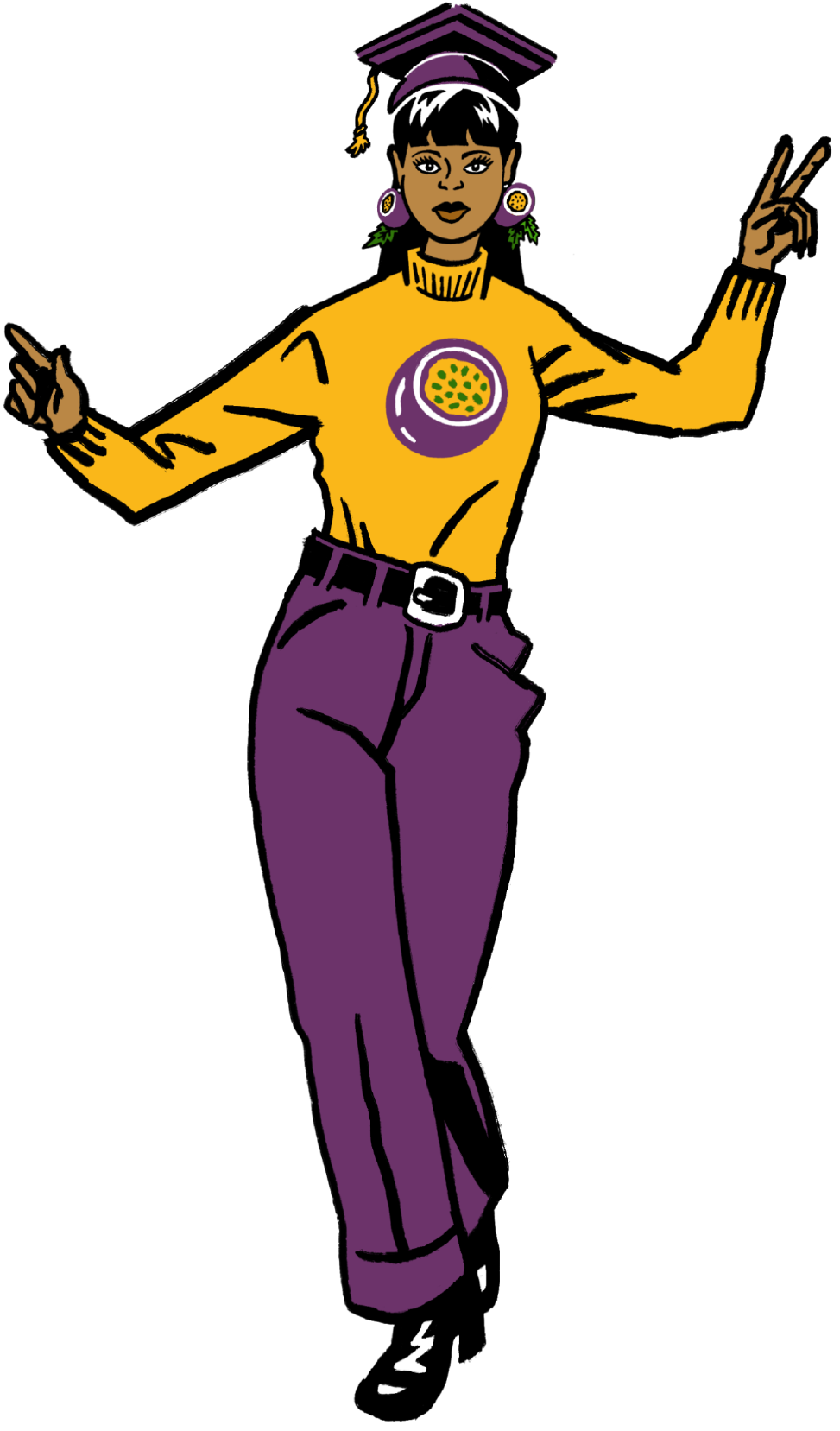 Success! Please check your email for a confirmation from us.

Open Outlook
Oops! Something went wrong while submitting the form.
Written by 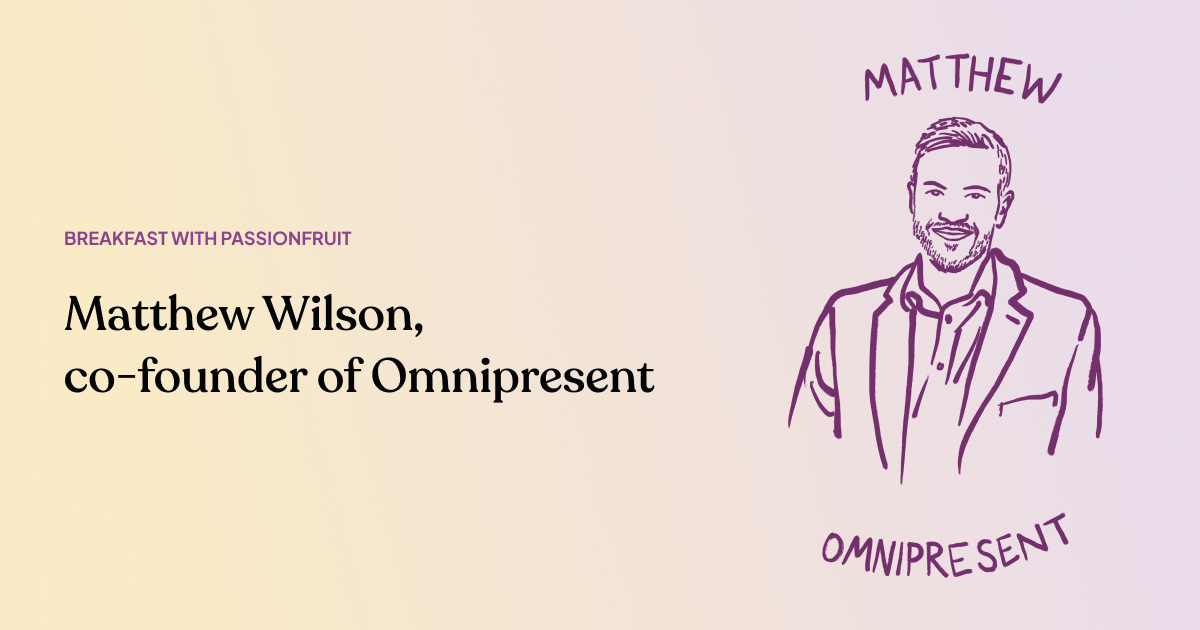 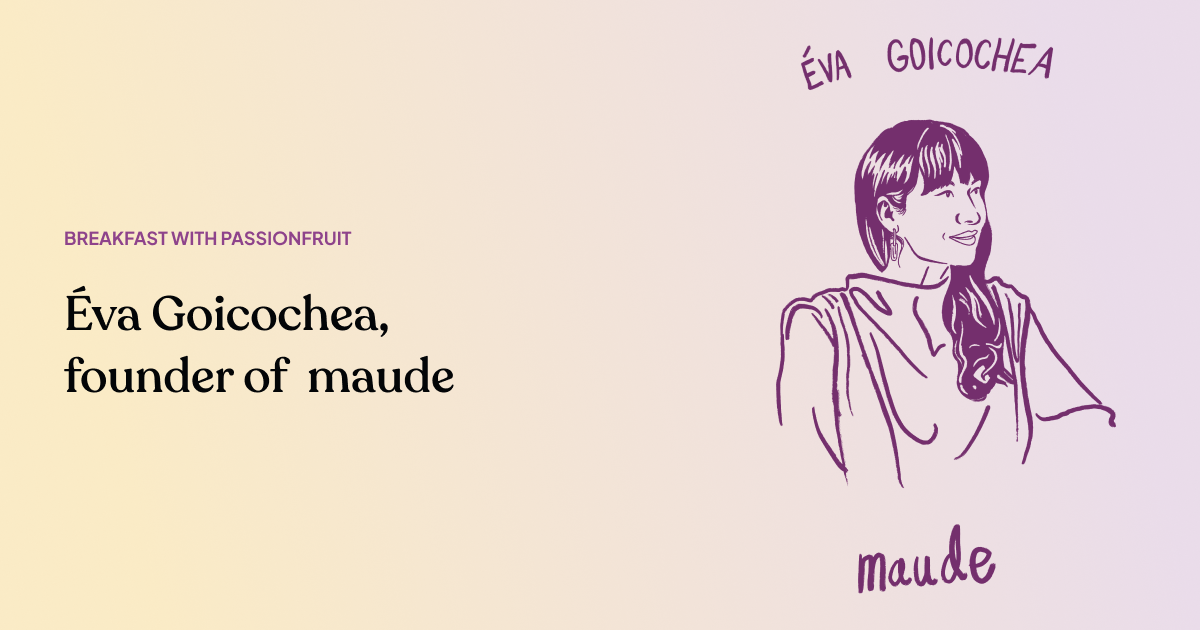 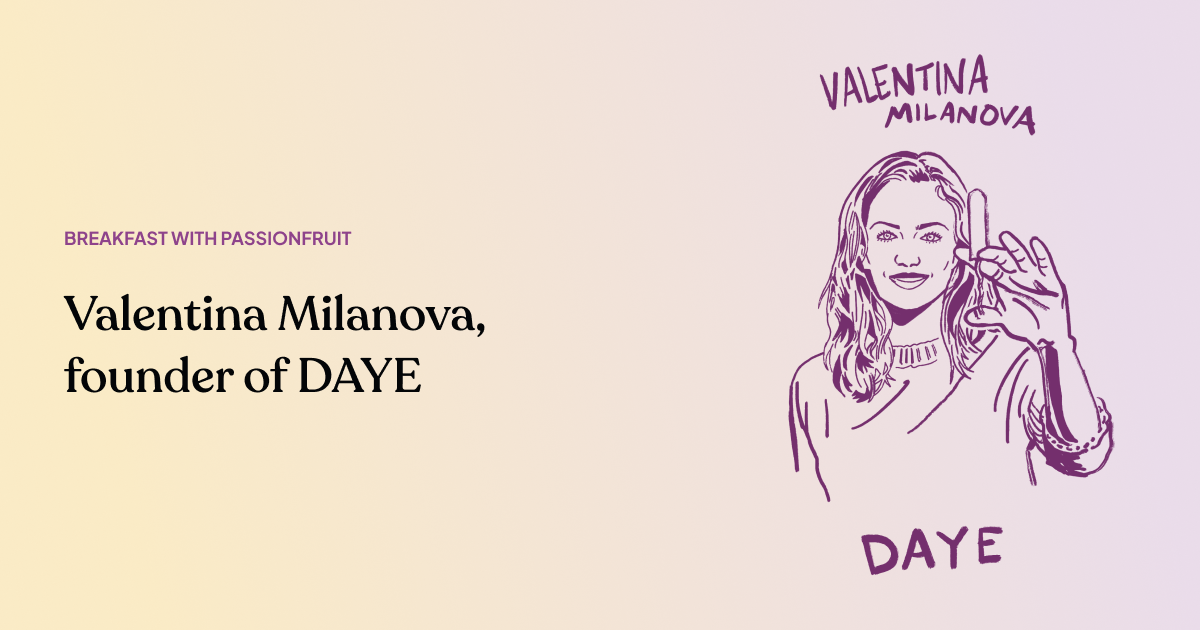 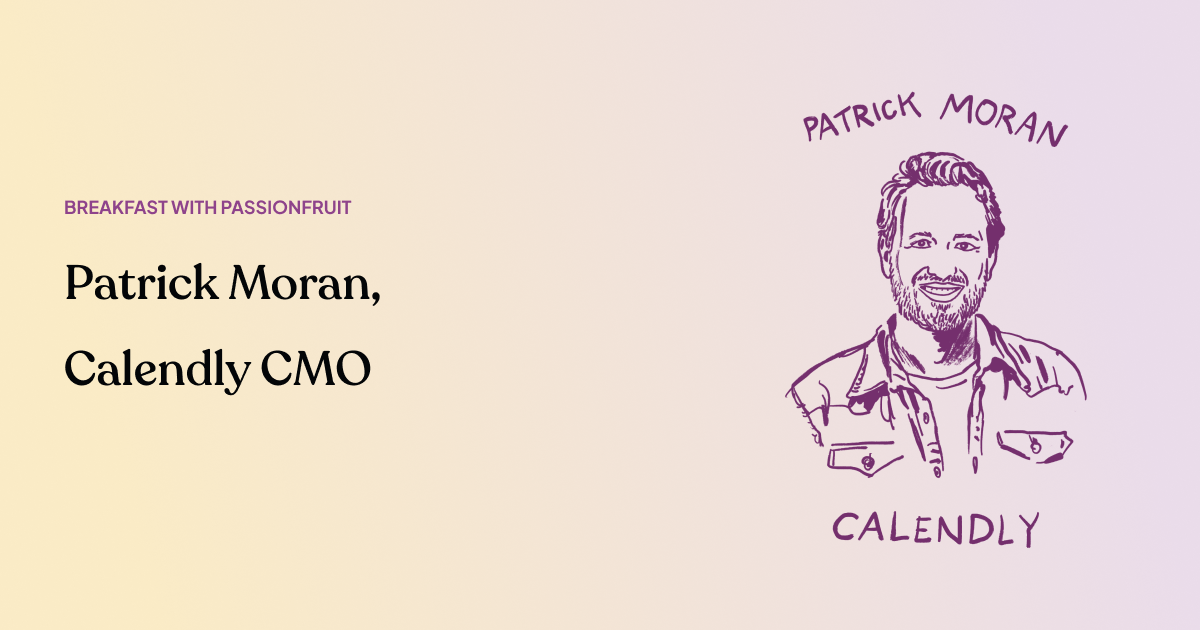 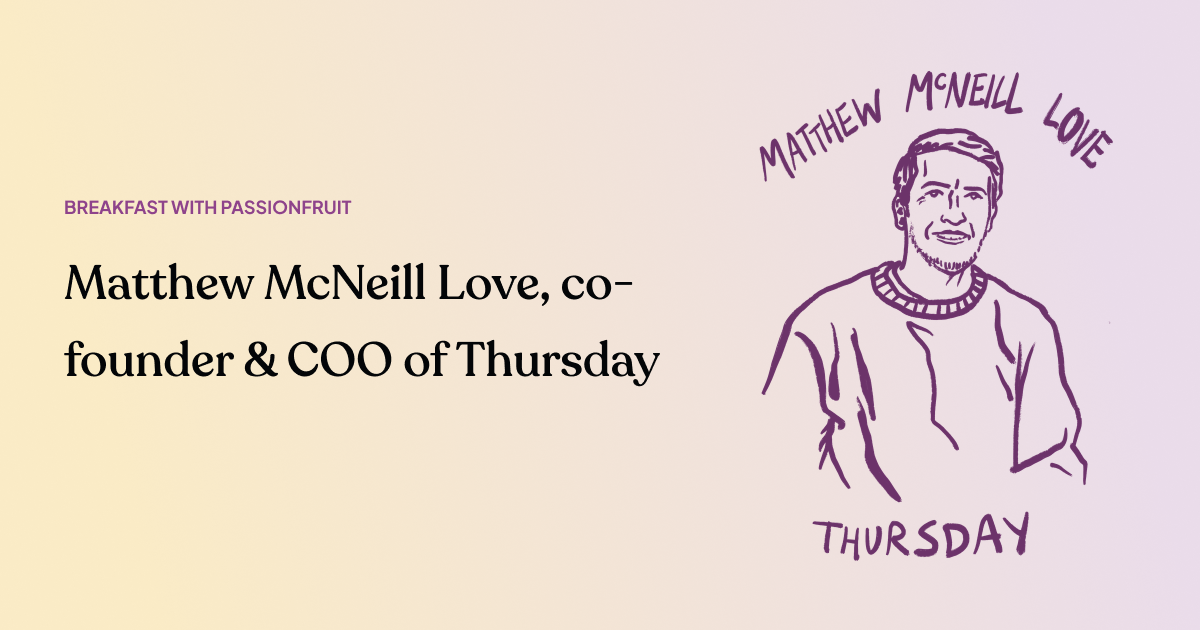