Back
Humans of pASSIONFRUIT
Jack Shottel 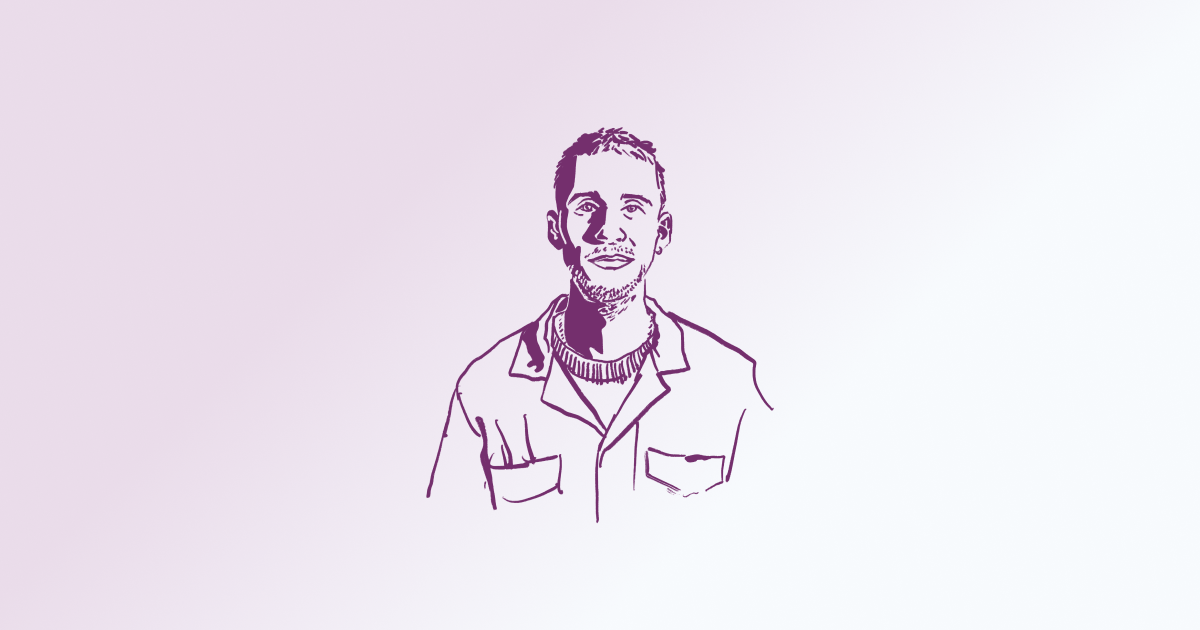 “Being your own boss” is by far the most alluring draw of freelancing. You can set your own working hours, charge as much as you want, and choose which clients you take on. On paper, it sounds like the ideal scenario. But as any seasoned freelancer will know, being your own boss is damn hard. And Jack Shottel knows firsthand how challenging that level of accountability can be.

Jack is a social media specialist with a background in the entertainment and music industry. He’s currently based in Amsterdam, where he’s currently doing a master’s degree in the humanities. Like so many other young people navigating the world of work in a pandemic, he went freelance out of necessity in August 2020 and found himself having to face the realities of “being your own boss”.

“As a freelancer, there are a lot of moving parts, and that's quite daunting,” he says. He moved to a new country at the peak of the pandemic, at a time where work was precarious at best, and impossible to find at worst. He took on freelance work through word of mouth — admittedly accepting projects he wasn’t particularly stimulated by — pretty much figuring things out along the way. Until Passionfruit came long.

When he secured his first project with Passionfruit, promoting a podcast for the education charity for Now Teach, Jack says imposter syndrome started to kick in. And really, who as a freelancer hasn’t experienced that at some point or another?

“It was quite a daunting prospect,” he says. “I definitely had a lot of self-doubts. I was thinking, ‘I don’t know if I'll do a good job, it could be really embarrassing if I mess it up, blah, blah, blah’. But I thought ‘I just need to throw myself into this. I've done all right so far, so why not just try this out?’”

It can be easy to stay in your comfort zone when you’re self-employed. Being freelance means having the drive — and self-confidence — to put yourself out there, teach yourself new skills, and face the very real possibility of rejection. For Jack, one of the biggest challenges was pushing himself to take on ambitious projects, often in completely novel industries.

“I was very daunted by the prospect of getting involved in this and jumping in with both feet. But then after a few weeks, I realized that it really wasn't that much of a big change. Or maybe it was a big change, but it was a change that I managed to adapt to.”

Since he signed up to Passionfruit in March 2021, Jack has not only found his feet as a freelancer, but he’s getting better at constantly challenging himself — and managing his time more efficiently. “There's a point at which you feel, like, ‘I'm at my capacity now, I can’t take on more work,’ but then as soon as I took on the work from [Passionfruit] I realized you're able to be more efficient with how you work.”

But aside from optimizing his time, for Jack, the biggest skill he’s gained from Passionfruit is believing in himself.

“Thinking back to that time [when I first joined Passionfruit], I hated doing video calls, they made me feel uneasy. Now I feel a lot more confident doing video calls with people I'm doing projects with, I feel a little more assured in myself and my capabilities. And I definitely think that’s through Passionfruit because it put me in a position where I kind of had to sink or swim. Passionfruit gave me a renewed sense of worth and it’s kind of forced me to upskill, and I suppose to put myself in positions which I wouldn't find myself in otherwise.” ”

What started as a temporary option born out of circumstance has become an opportunity for Jack to flex his skills and grow as a freelancer. “I got into freelancing basically out of necessity and now I’ve grown into a position where I feel like I don't really want to go back to work full-time.” His motivations for this? “​Feeling like an authority and being constantly pushed to learn, and being able to be a part of really exciting projects and new opportunities.”

And in those times where it all feels overwhelming and the self-doubt starts to take hold, Jack has some advice: “Learn as you go and see how you get on. What's the worst that can happen?”

Marketing news you will actually
‍find interesting
The marketing newsletter you should be reading. A selection of articles and marketing campaigns, carefully chosen to get your pulse going. Your heart racing. Every week. For free.
Success! Please check your email for a confirmation from us.
Oops! Something went wrong while submitting the form.

Meet Francesca, a diginomad breaking free from the corporate world.

Meet Will Bradley, an SEO specialist turning uncertainty into stability.

Meet Cristina, a growth marketing consultant who understands that time is money